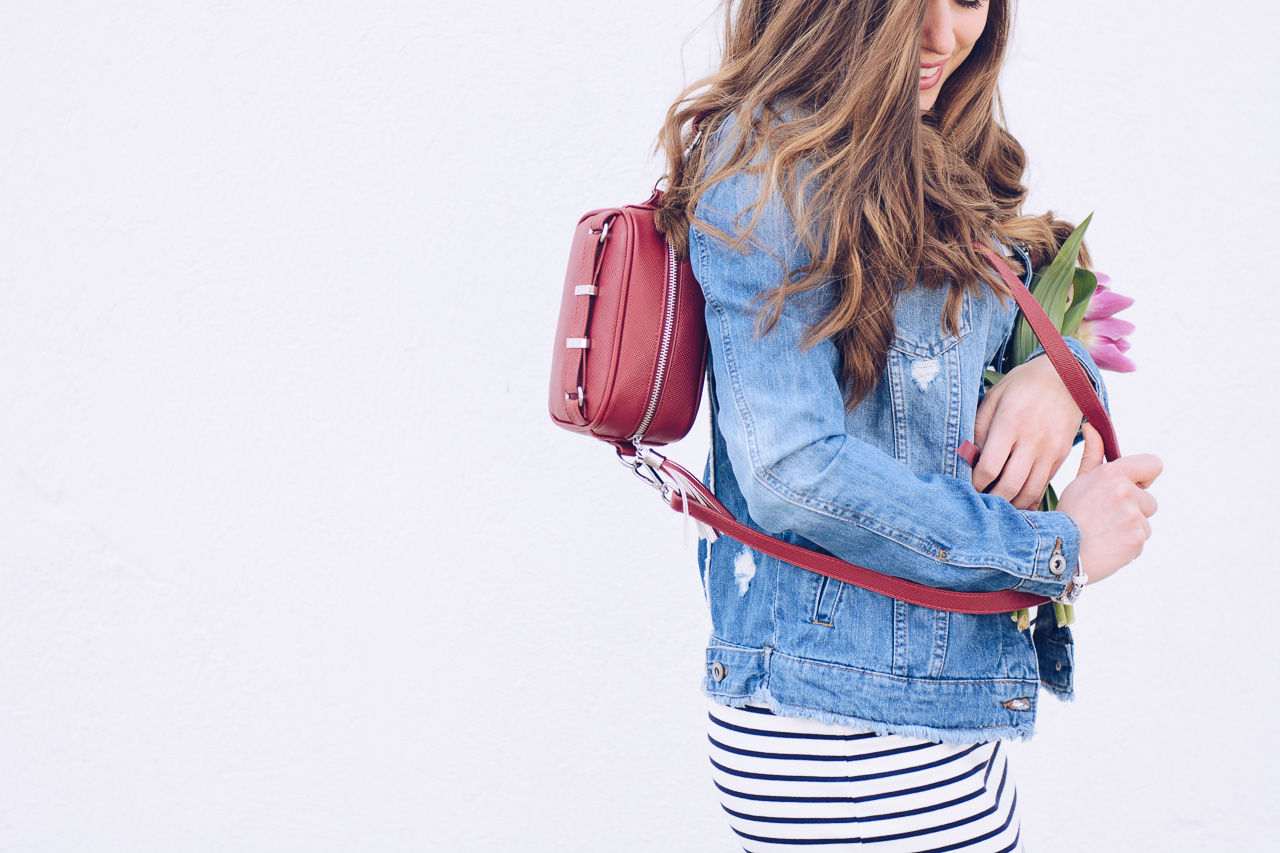 Breton stripes first appeared as the uniform of the French navy in 1858, but truly became the French woman’s fashion staple at the beginning of the 20th century. Right after Coco Chanel took inspiration from the navy for her 1917 collection. Since then Breton stripes have been an iconic signature for the french style.

I’m a huge fan of stripes in white and navy. You have seen me wearing some before. Today, I’m taking a walk in a midi Breton striped dress. It’s a new collection at Esprit (Bulgaria Mall), and features such a beautiful line, flattering the body curves so nicely. I have always been weary of such midi lengths covering half the calves, but this one turned to be a great fit. Especially when styled with a denim jacket. By the way, I love the cute patches all over it. And because there is something french about the dress, I decided to keep the spirit classique and add a pop of deep red with a small cross body bag. 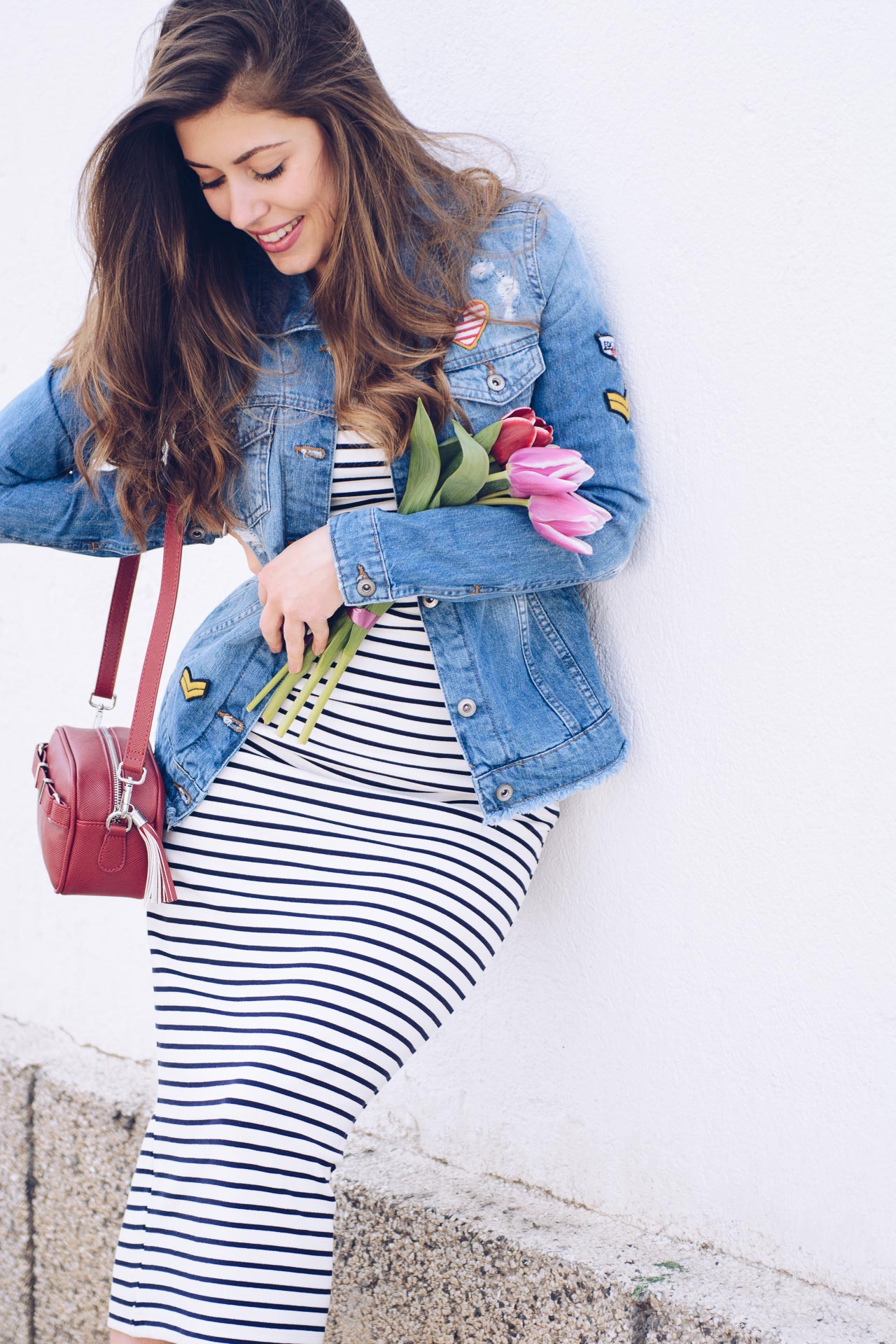 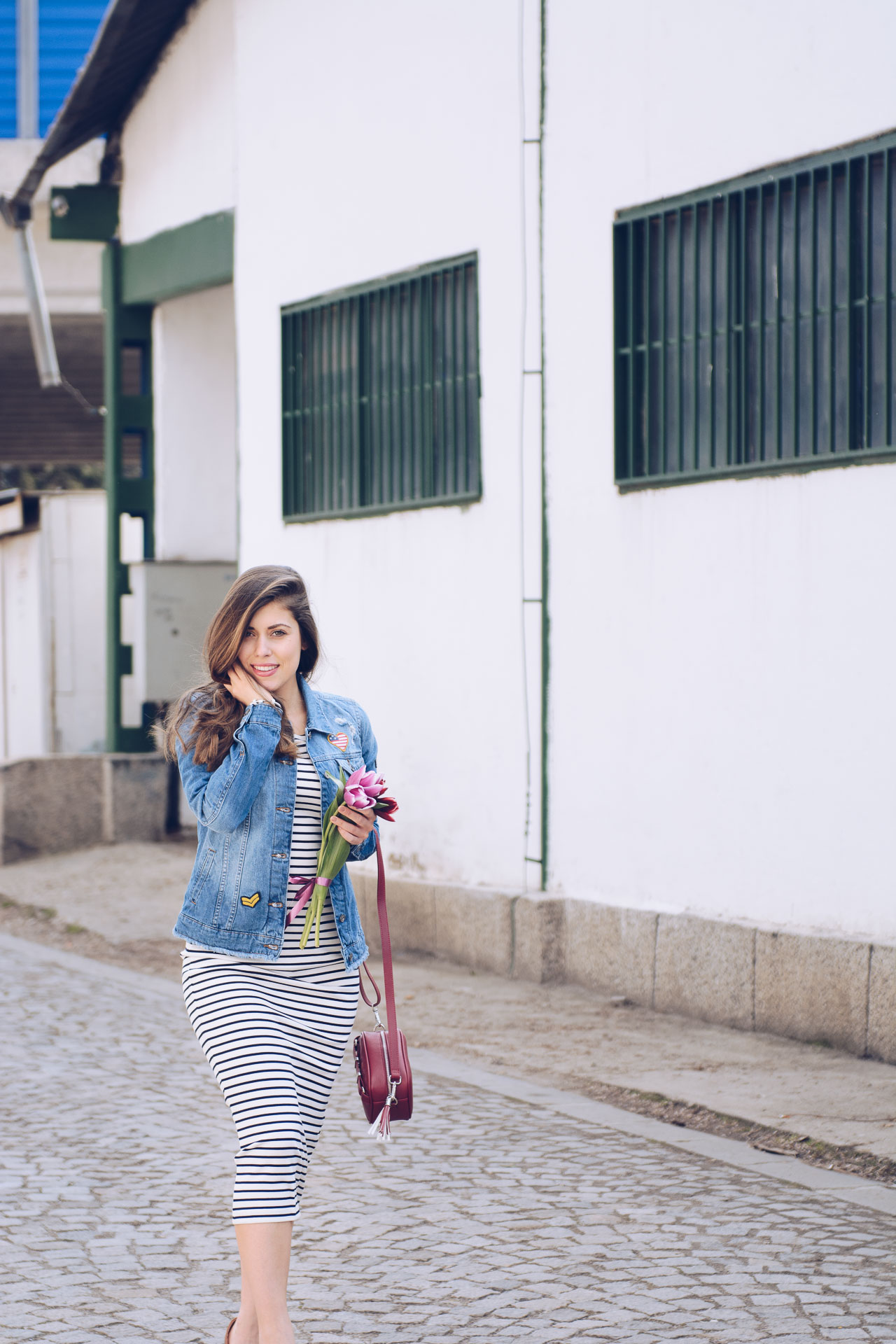 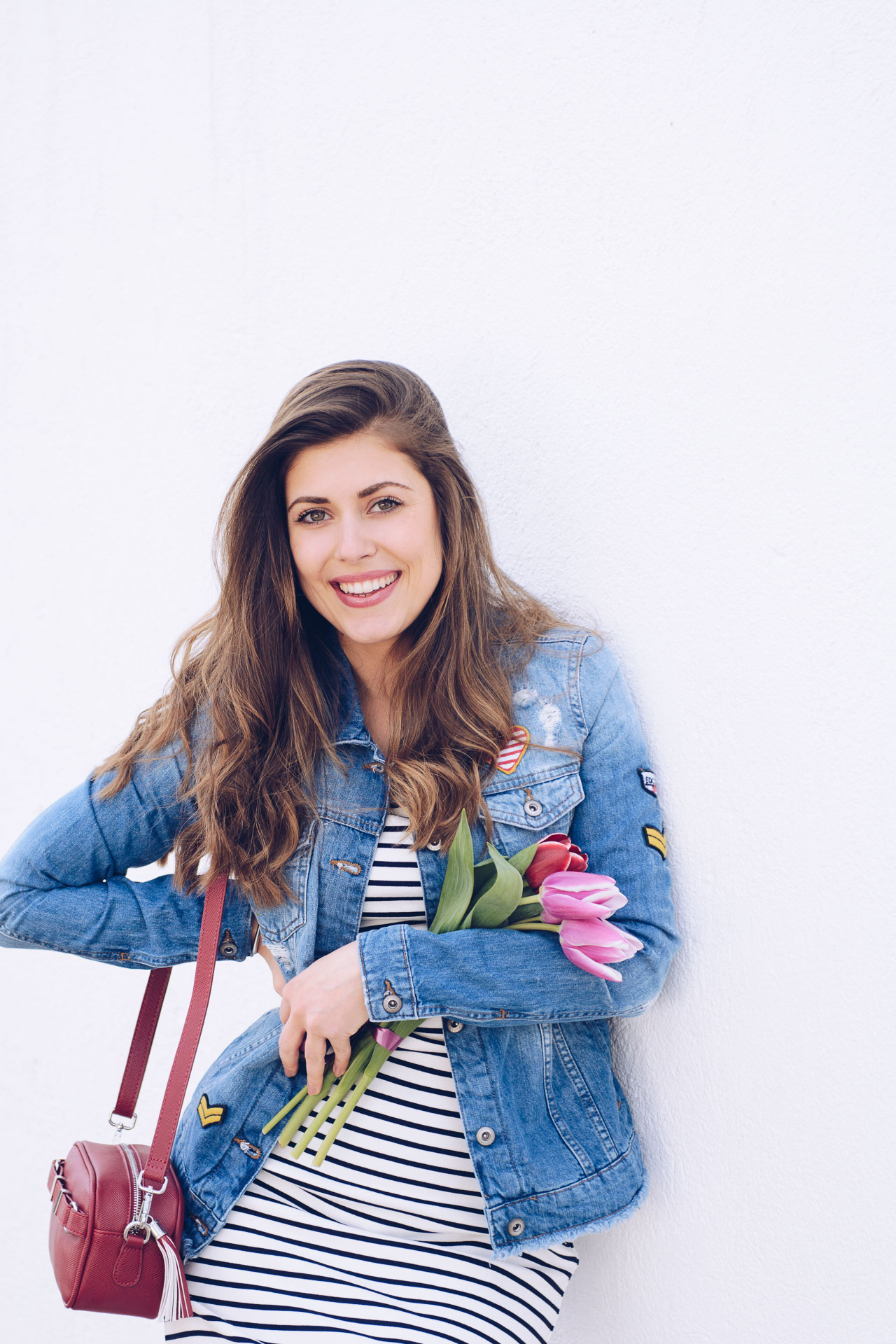 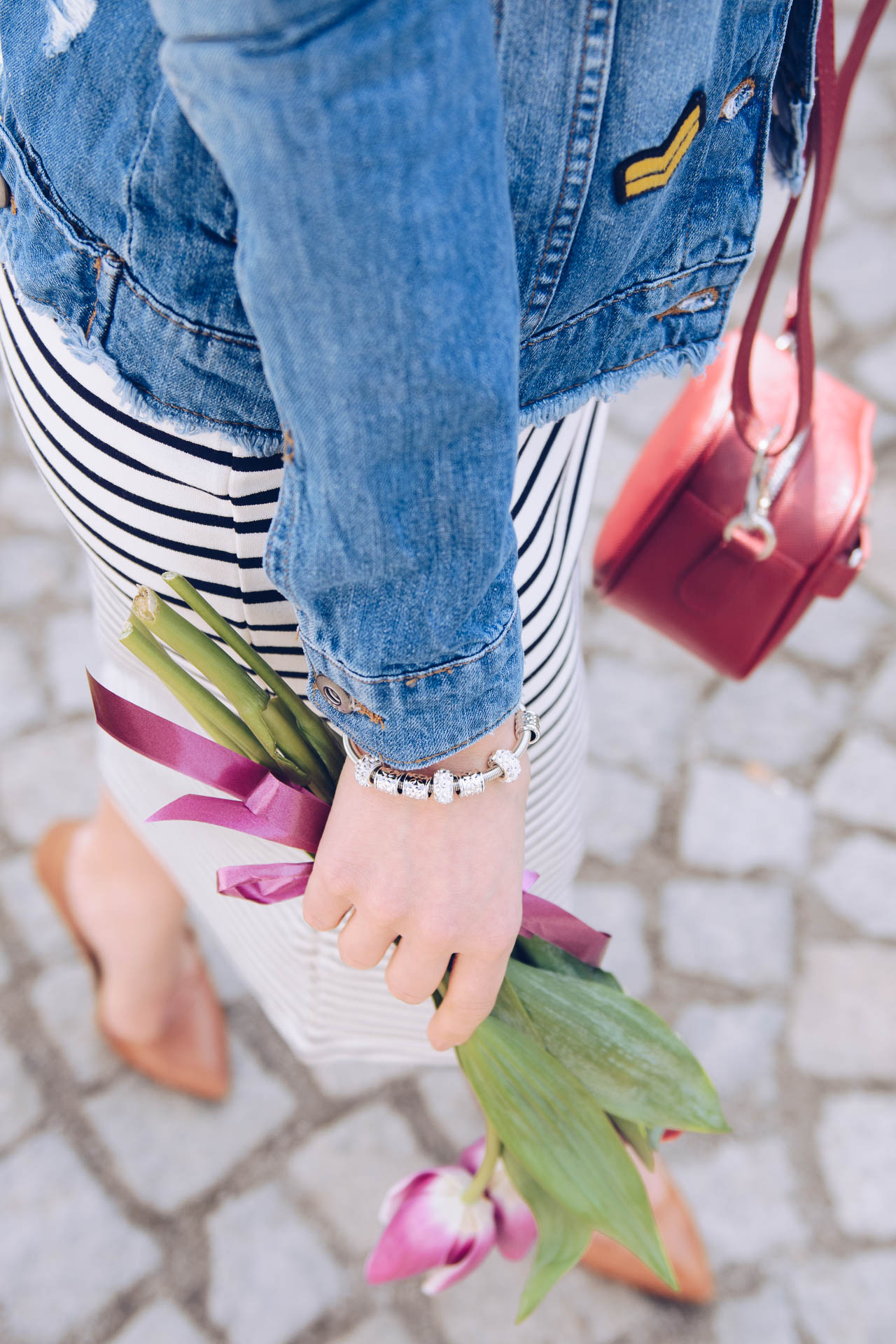 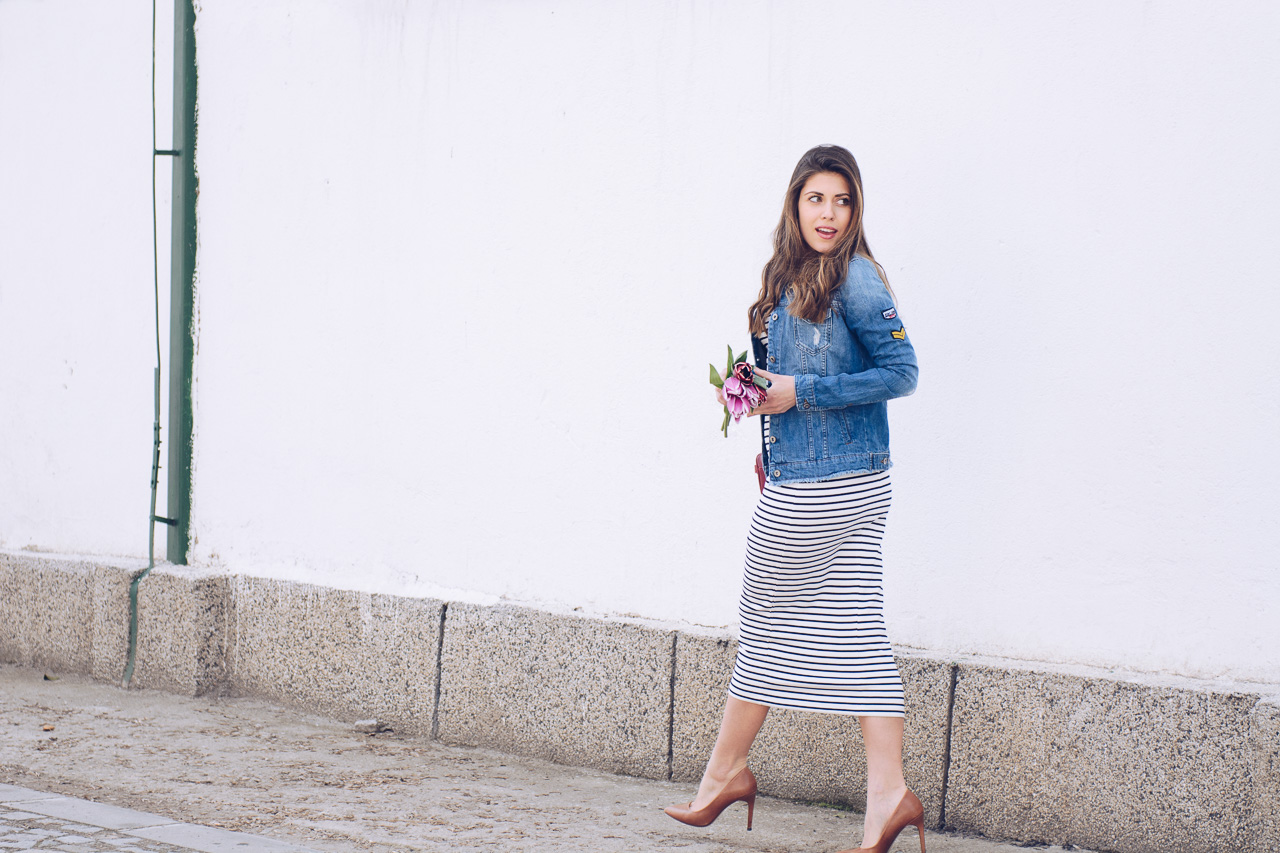 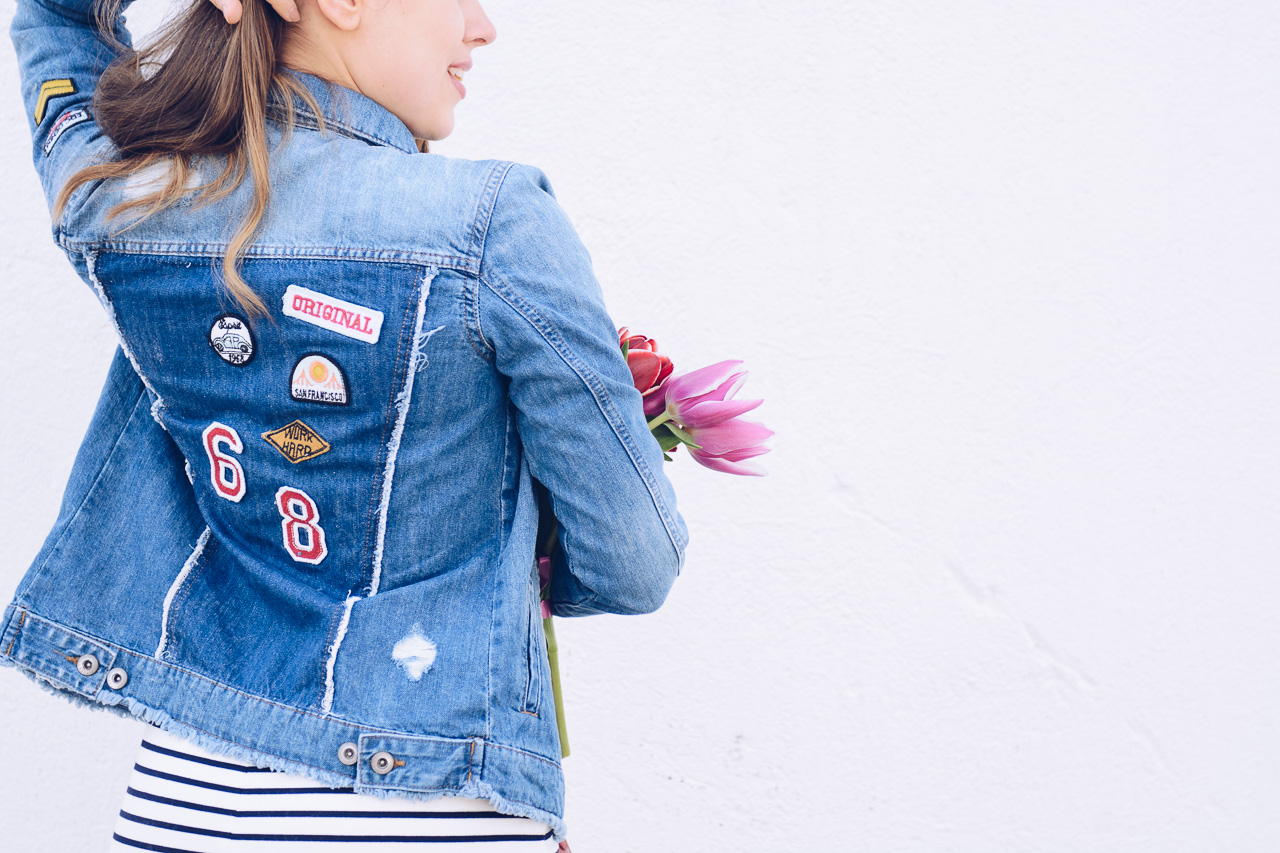 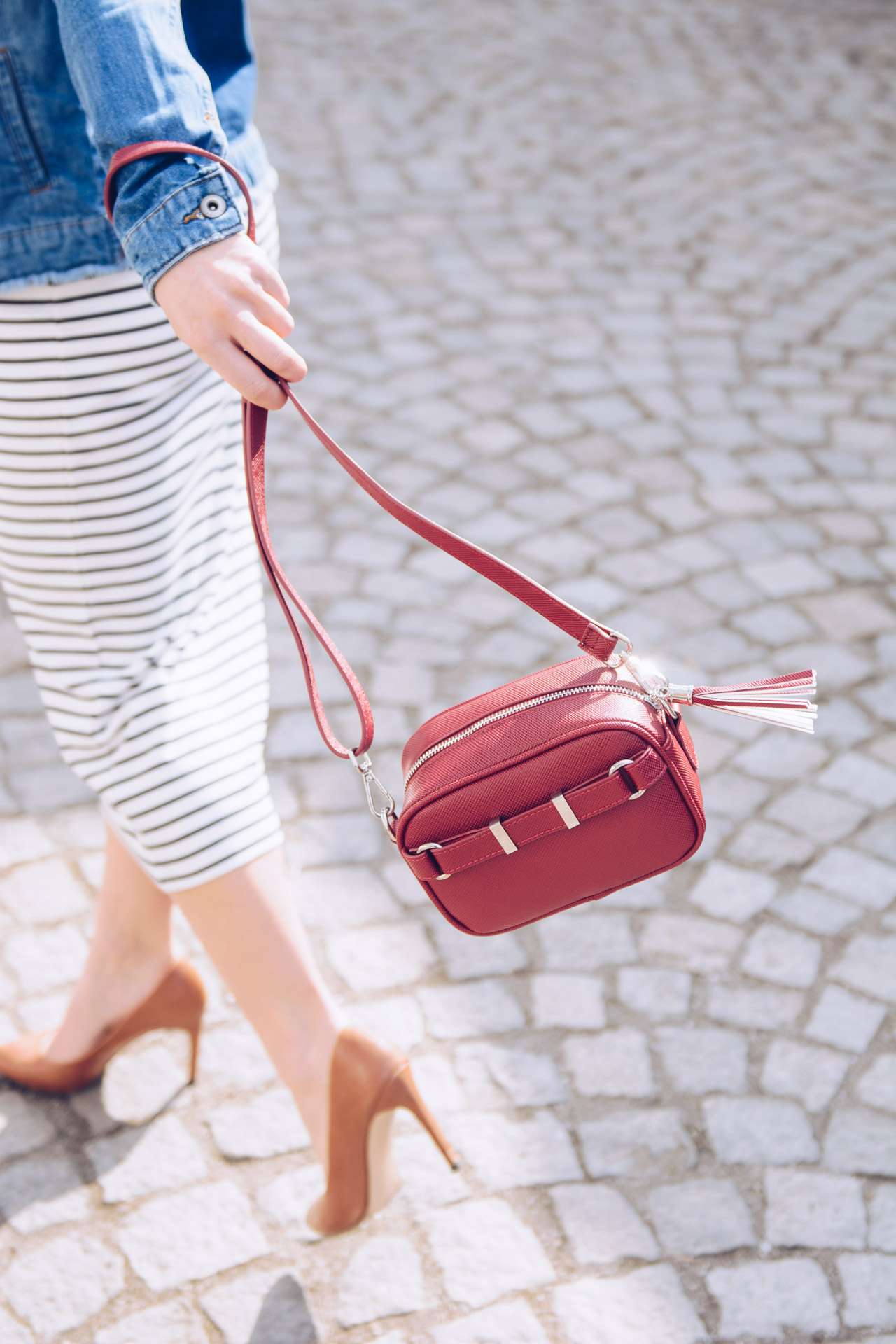 All of the above are available at Bulgaria Mall. 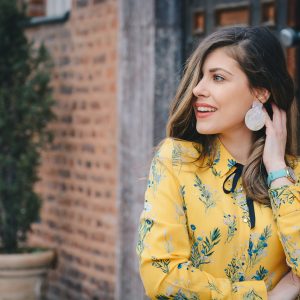 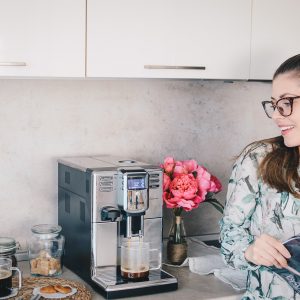