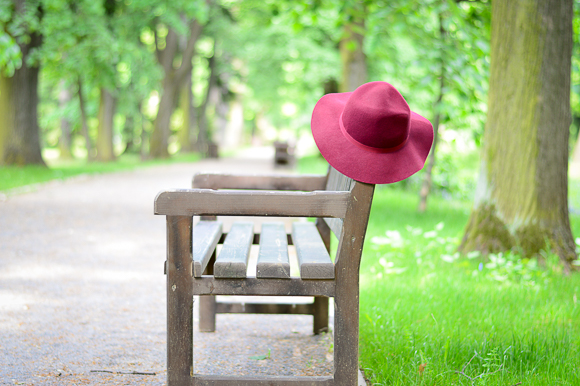 During the past weekend we went to one of the most romantic places in the area to submerge in a picturesque royal atmosphere. Built at the beginning of the 20th century, Vrana was the official residence of King Ferdinand. Turned into a park-museum, it is now one of the most beautiful and peaceful places to visit around, housing over 821 plant species. Vrana combines nature and man-made in a way that really makes you feel relaxed, and you just want to come back again and again. This is certainly one of my favorite spots which I’d recommend visiting. And because everything around this photoshoot was so enchanting and romantic, I called it my marsala romance. 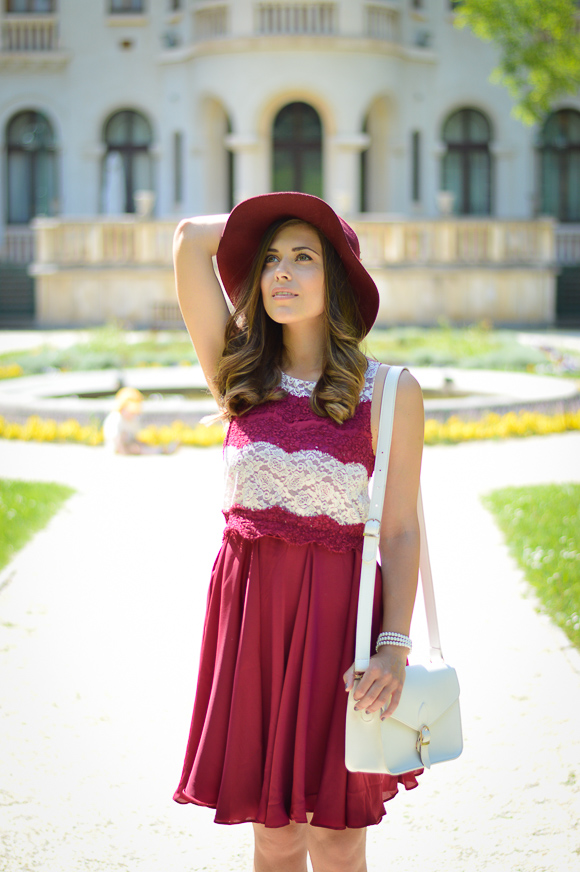 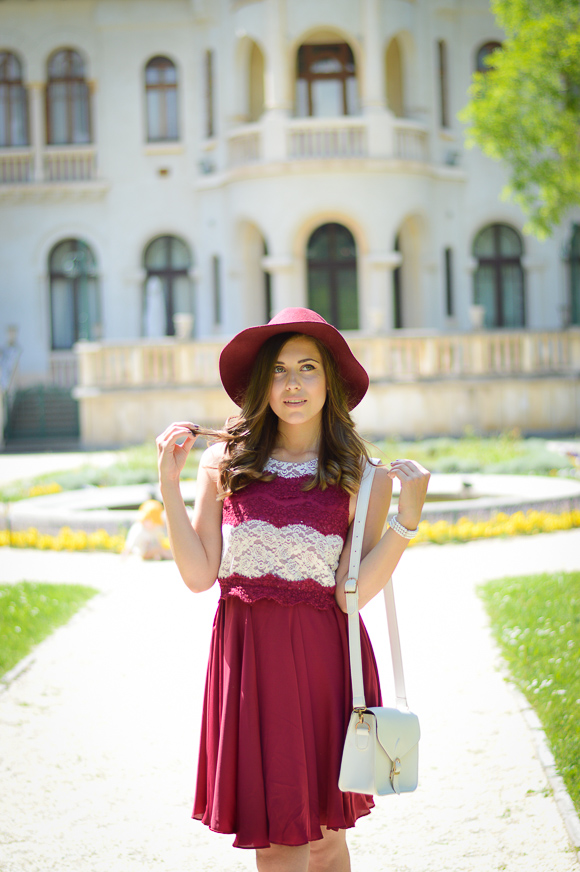 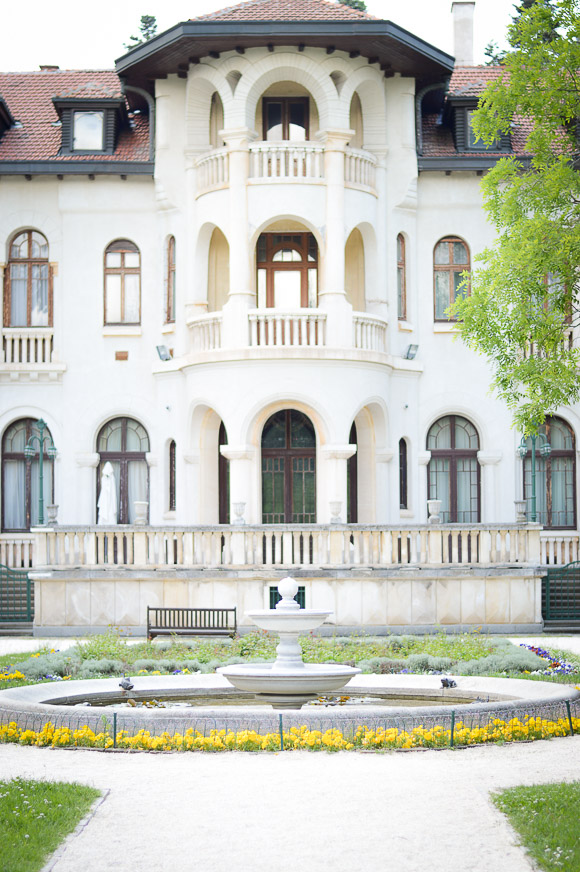 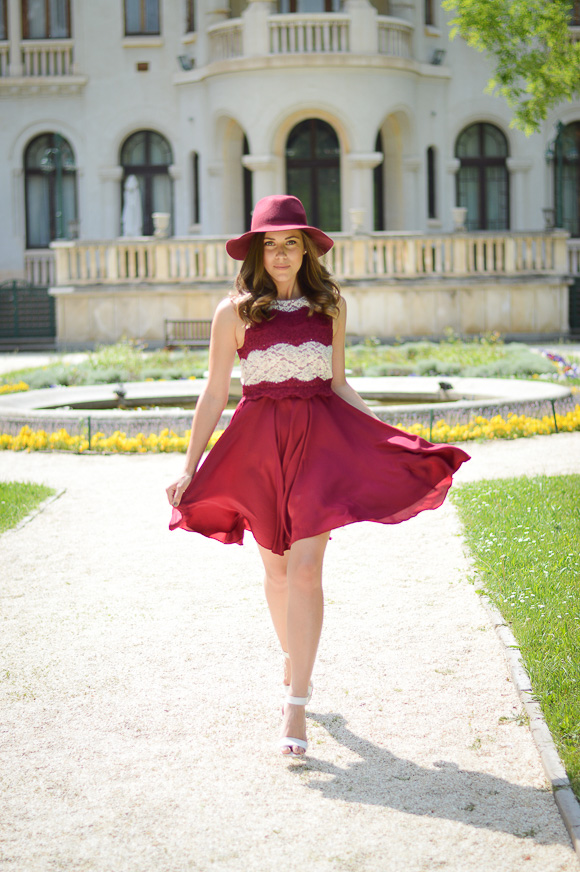 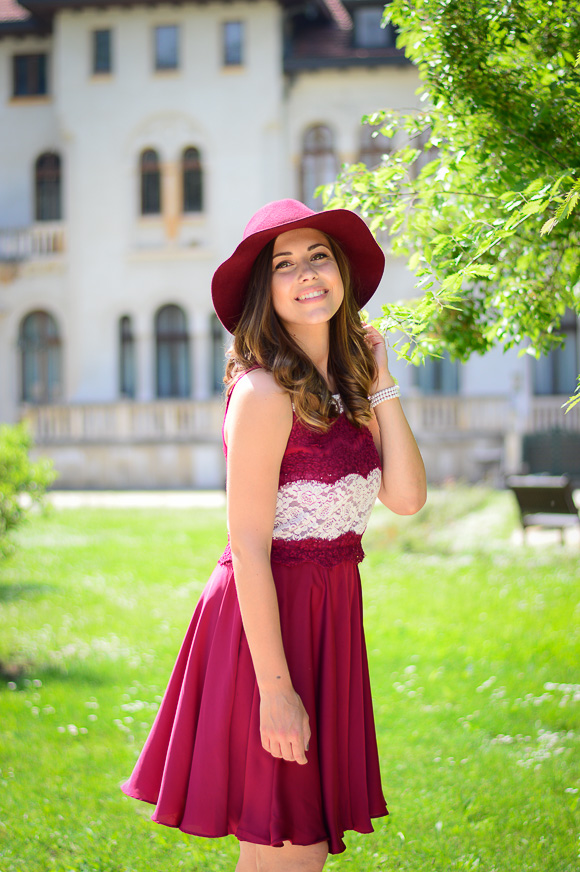 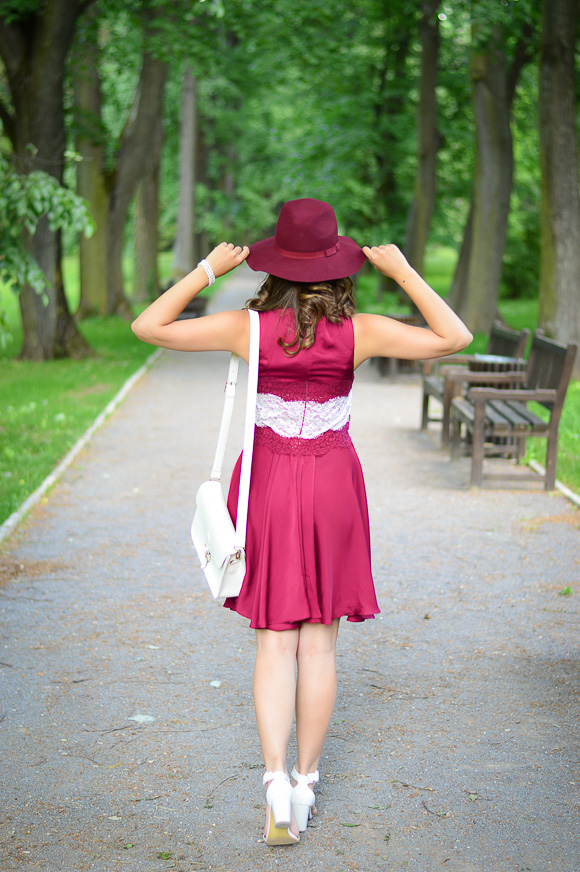 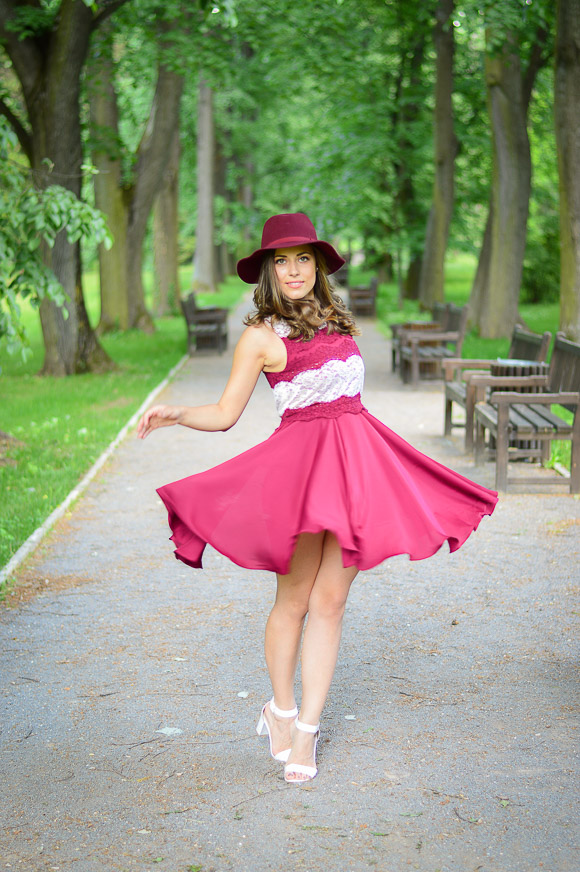 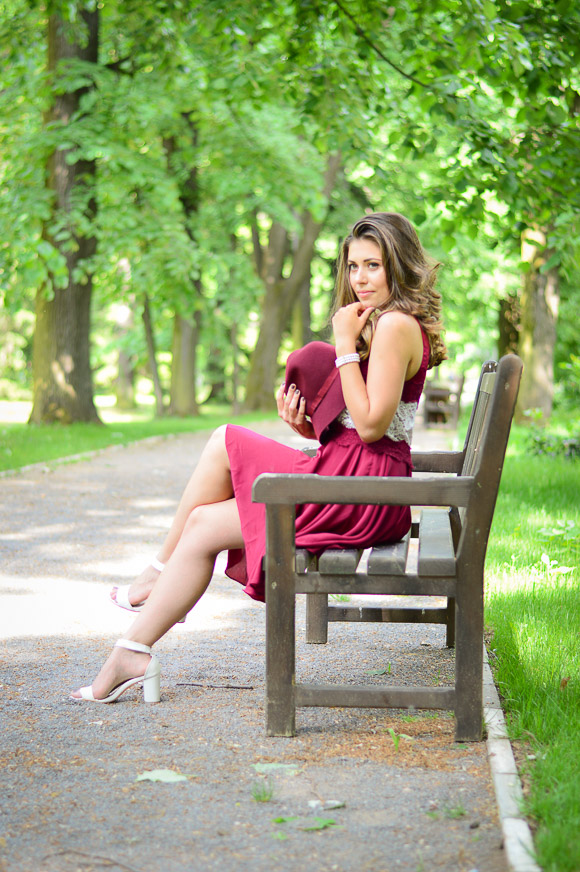 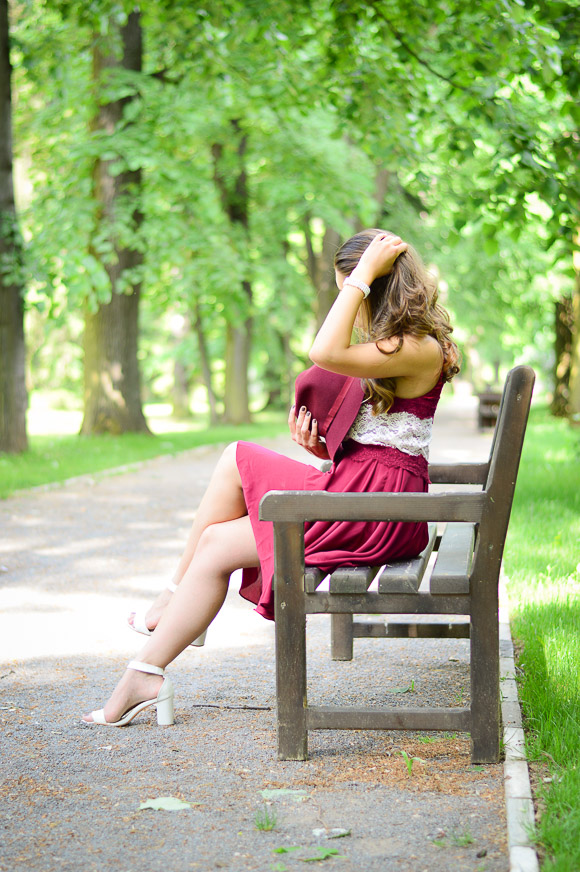 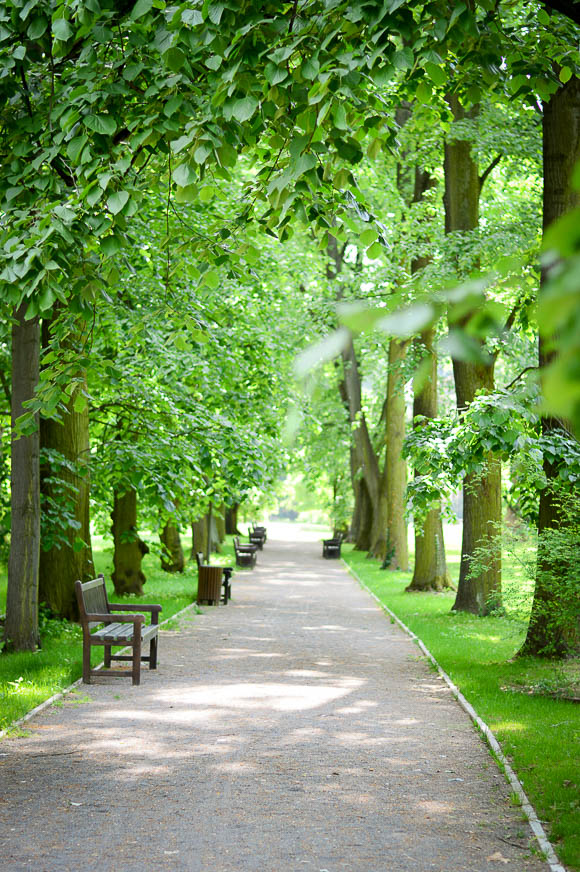 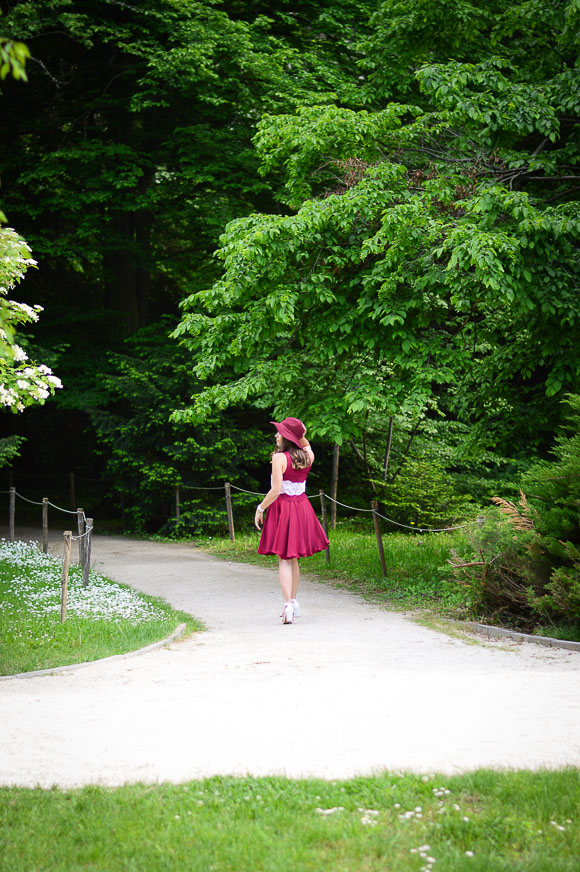 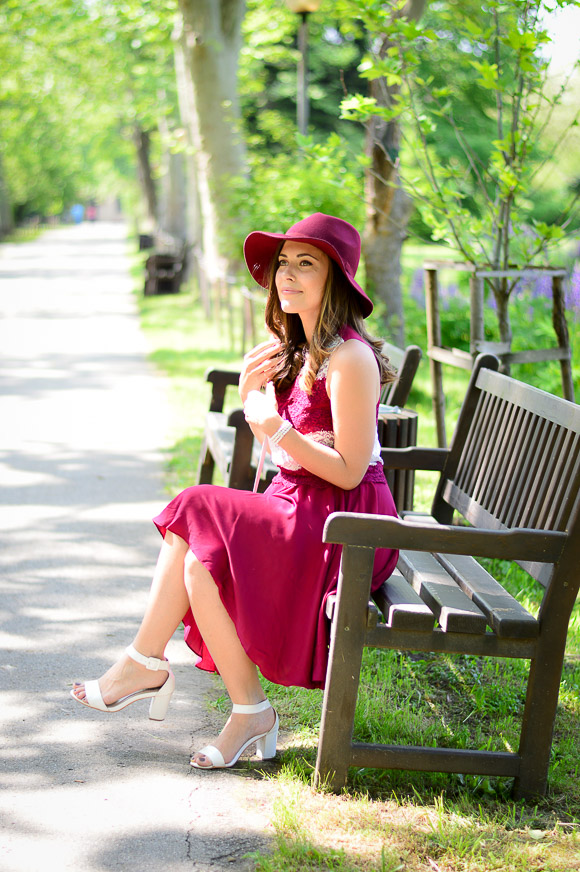 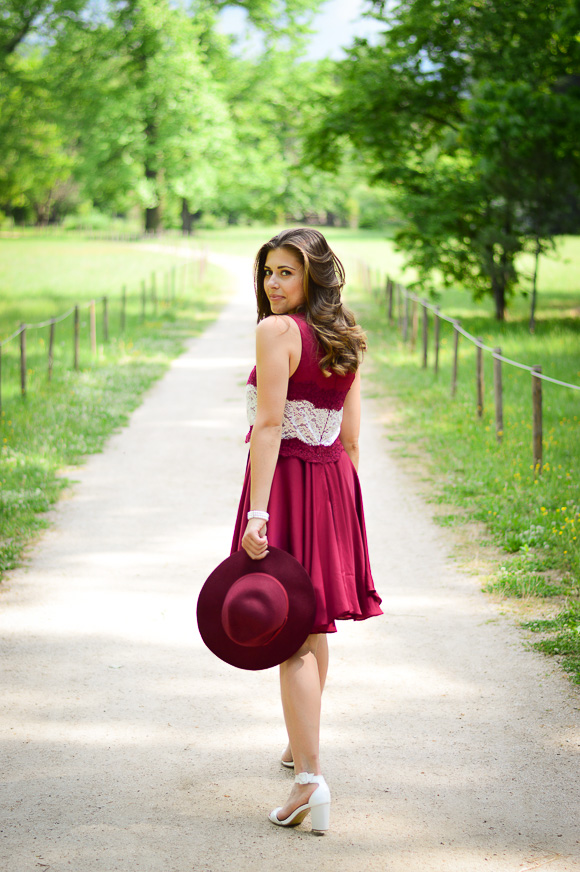 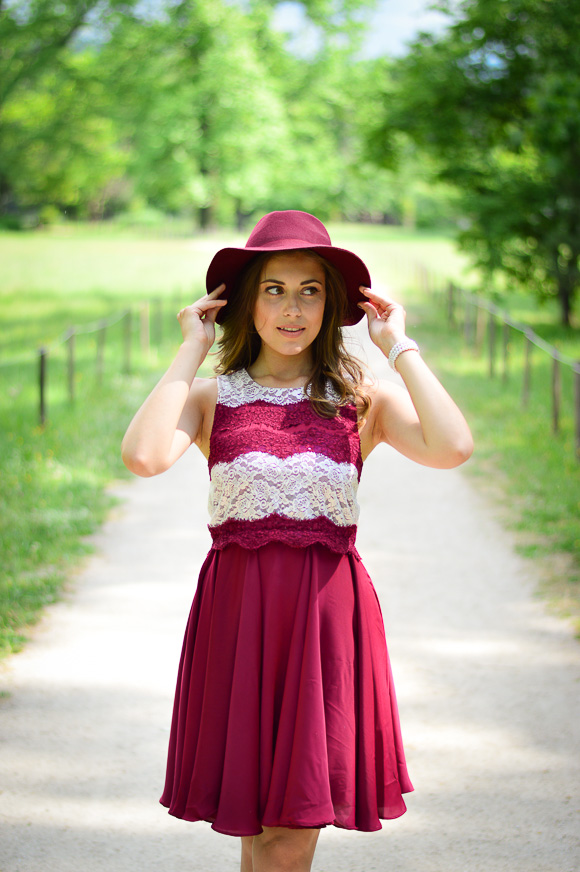 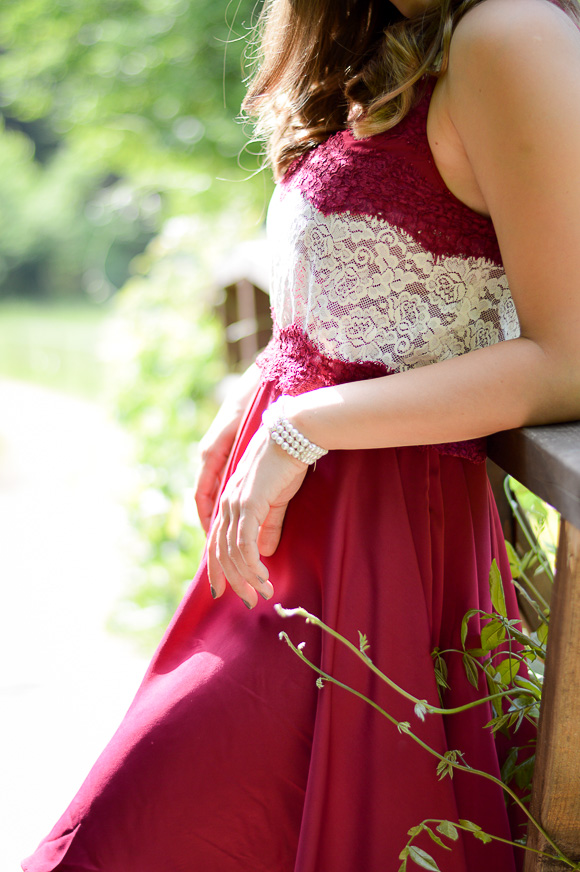 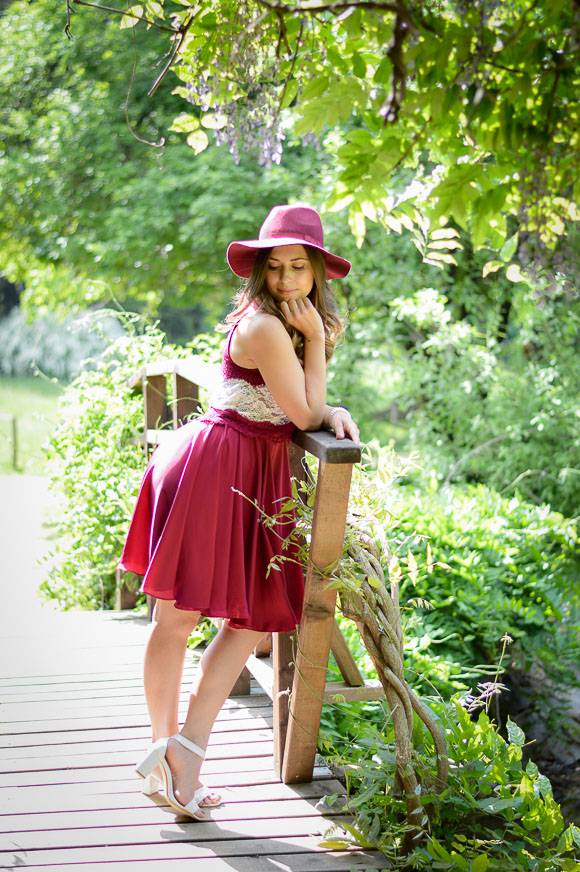 I bought this dress just before I found out I was pregnant with Alex, so I never had the chance to wear it until now. Since it’s in the color of the year, which is also pretty much a royal hue, I decided Vrana is just the perfect place to show you a whole marsala outfit. Speaking of which, I have found a few other dresses in this color that I also like HERE, HERE and HERE. If you’re into wine hues, you may want to check them.

P.S.: By the way, Ron and I were joking about my outfit and called it “Little Marsala Riding Hood” because it really reminds us of Charles Perrault’s fairy tale. :) 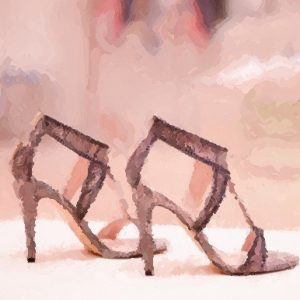 SHOE HUNT FOR YOUR OCCASION 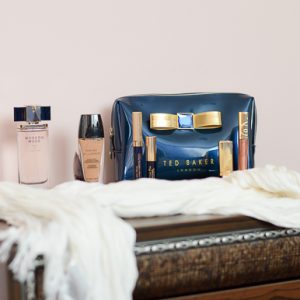 Thanks for finally talking about >MARSALA ROMANCE – Purely Me by Denina Martin <Liked it!

Hi Denina ,
You have such an amazing look , we think that, for your next shooting , put some of our most beautiful DIAMONDS, they will look so beautiful on you !

Thank you so much, sweet ladies! ♥

Lovely look! That hat is so glam, and I love the location!
This Side of Paradise

Guaoo you look stuning! I love your hair.
Kisses from http://www.vanedresscode.com

wow! absolutely gorgeous photos and post. You look stunning Denina! It looks like you guys had a great time at that palace. Btw, this retro and fairytale look suits you so much! 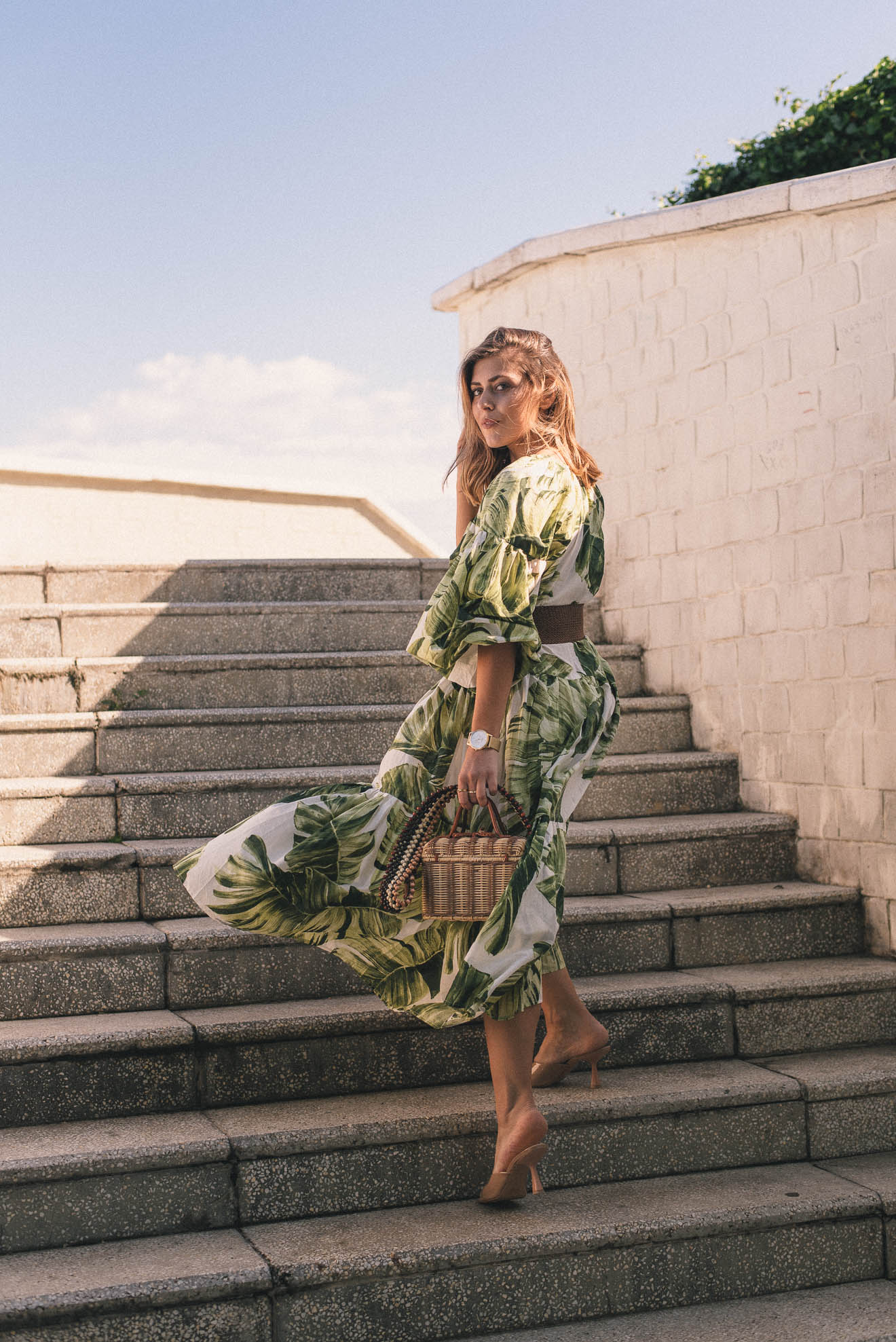