A YEAR SINCE RON AND I STARTED USING PHILIPS SONICARE 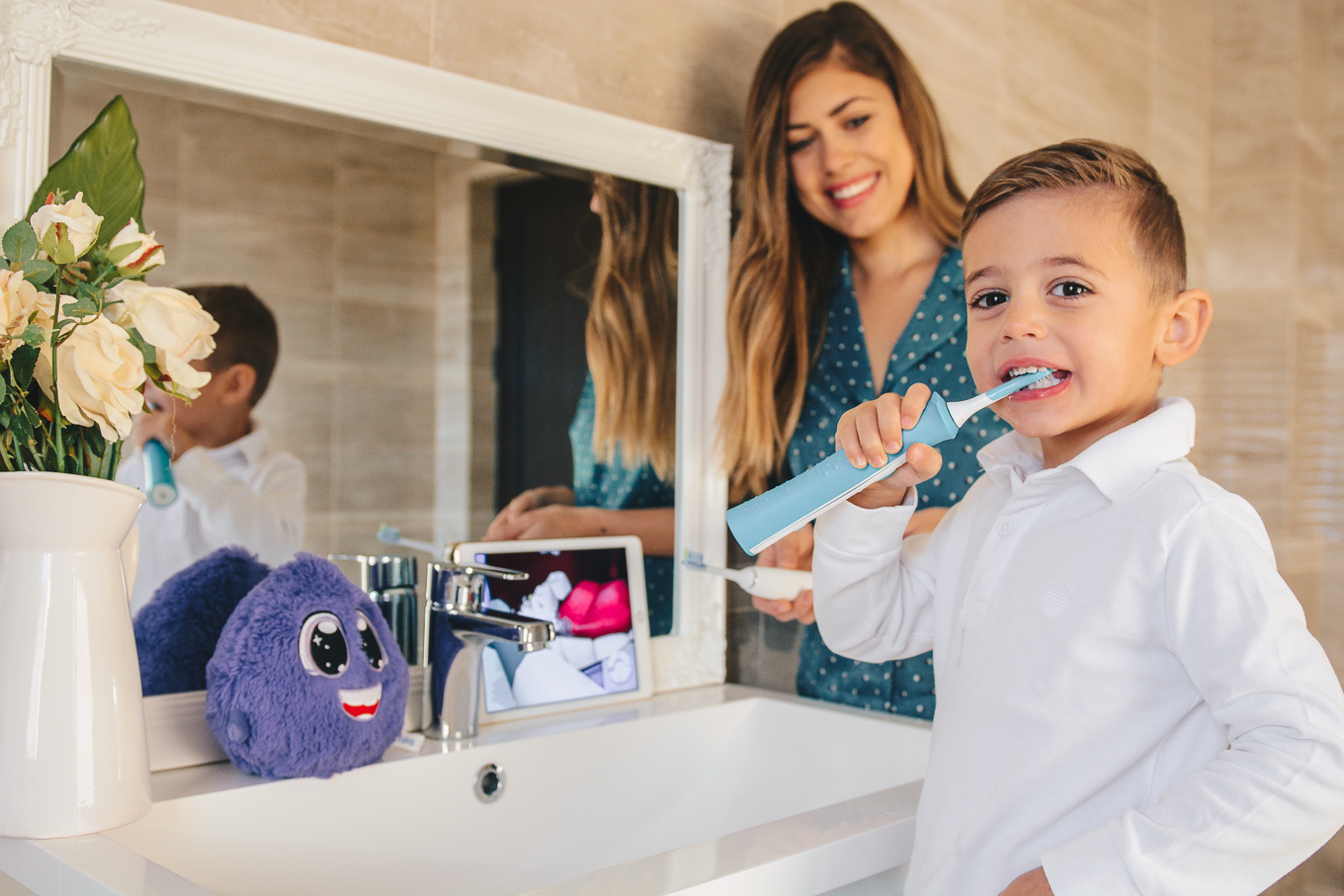 It’s been a year since Ron and I started using Philips Sonicare DiamondClean Smart. Throughout that year we were trying to teach Alex to regularly clean his teeth but we kind of struggled. Eventually, I realised that it was because our brushes were electric, that he found difficulties. We weren’t doing the motions he needs to do with his regular brush, so he wouldn’t do them, too. Until one day he said “Mom, I want to have a brush like yours.” And then it stroke me – maybe he really needs one like ours!

It’s been almost a month since Alex got his brush. I was amazed at his reaction! He was literally jumping around with happiness. Really? It’s just a brush! Then I realised – Philips have done a great job designing a toothbrush which children would actually like. 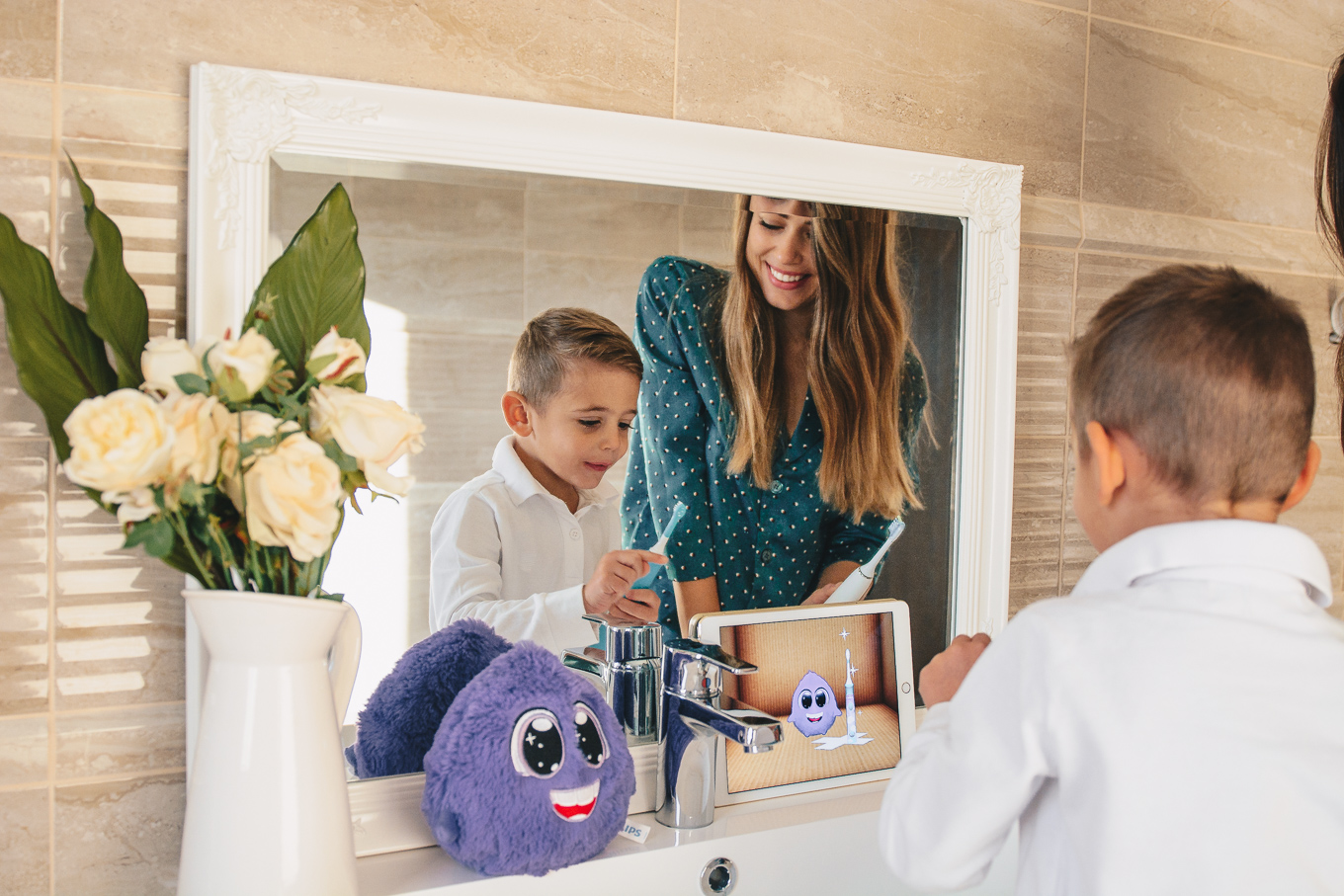 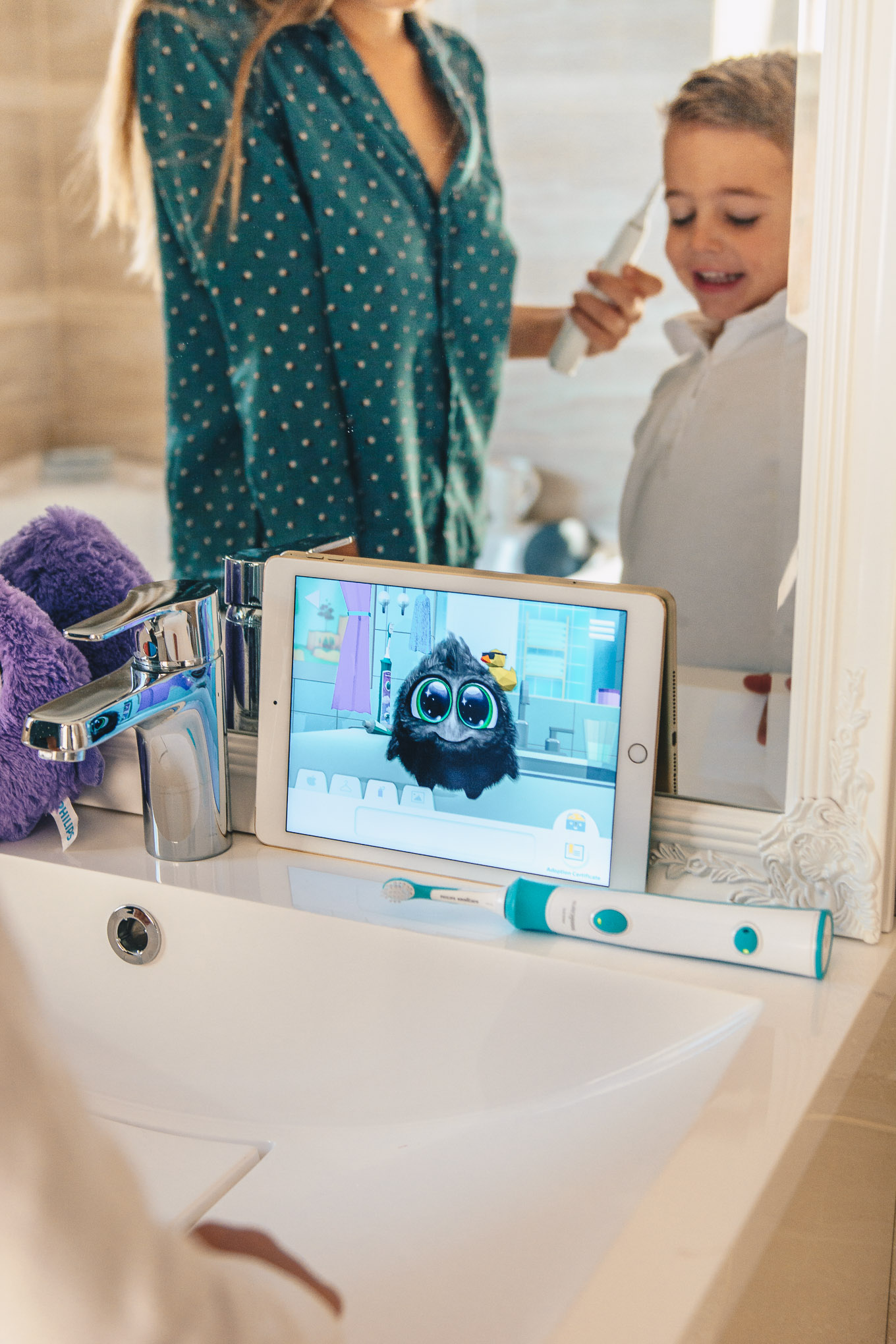 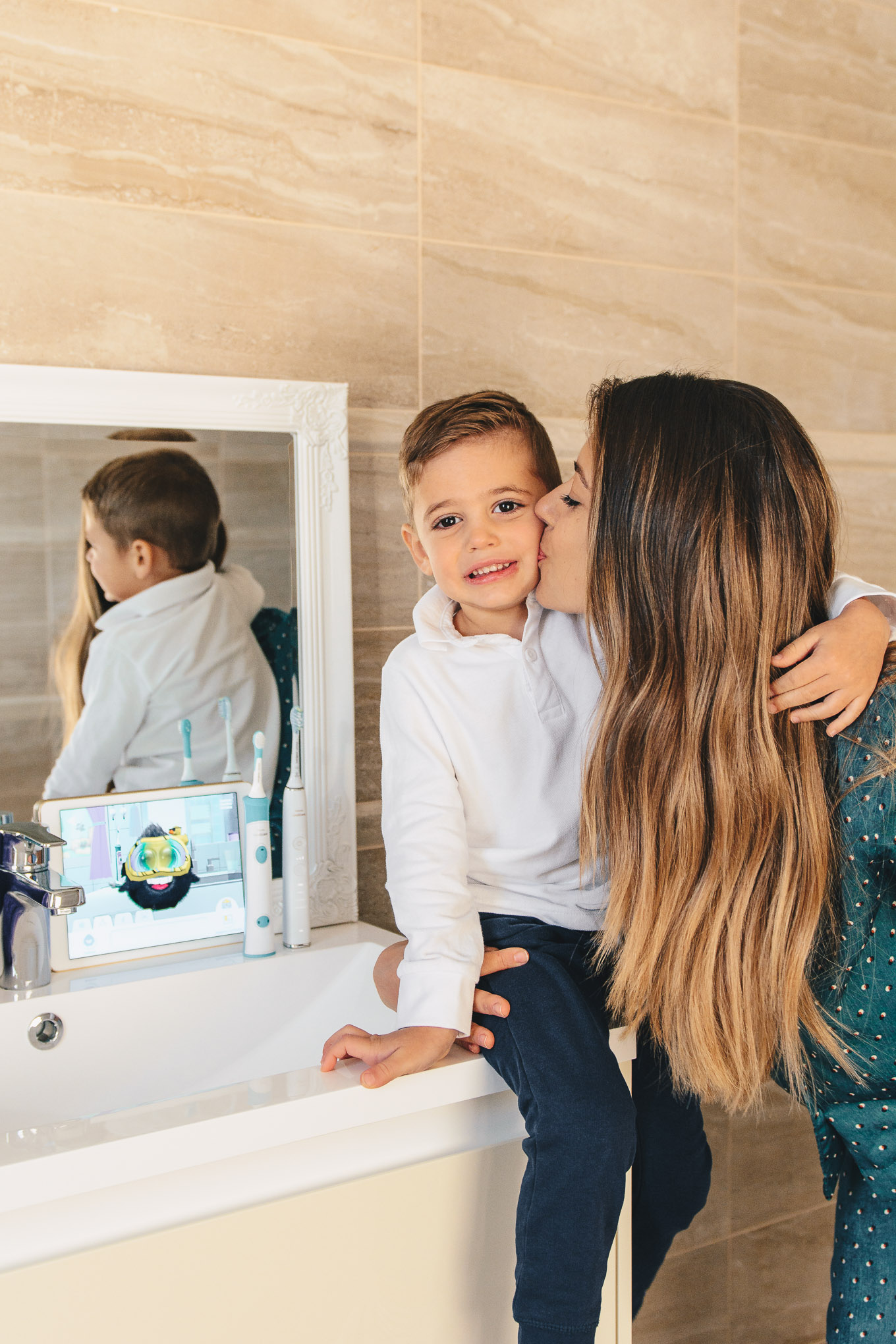 Philips Sonicare for Kids goes hand in hand with a virtual friend called Sparkly. In fact, I think that’s what captivates children so much. There’s a phone app which connects to the toothbrush via bluetooth. As soon as you launch the app, the child gets introduced to Sparkly, who explains how to brush the teeth. Every time Alex starts brushing his teeth, Sparkly does, too – demonstrating how to do it correctly. As soon as the time runs out, there’s a reward. Imagine the modern version of a Tamagotchi. One can give Sparkly food, although he would refuse it straight after he had brushed his teeth (again trying to teach children into good habits!). One can also change his attire, fur color, and even poke him. It’s actually quite funny for children! Additionally, the brush can be personalised easily with the free stickers included in the package. But it’s not everything – if you register the brush online, you can get a free Sparkly toy (one out of 100). Which is a big thing for kids, trust me!

What I did not expect 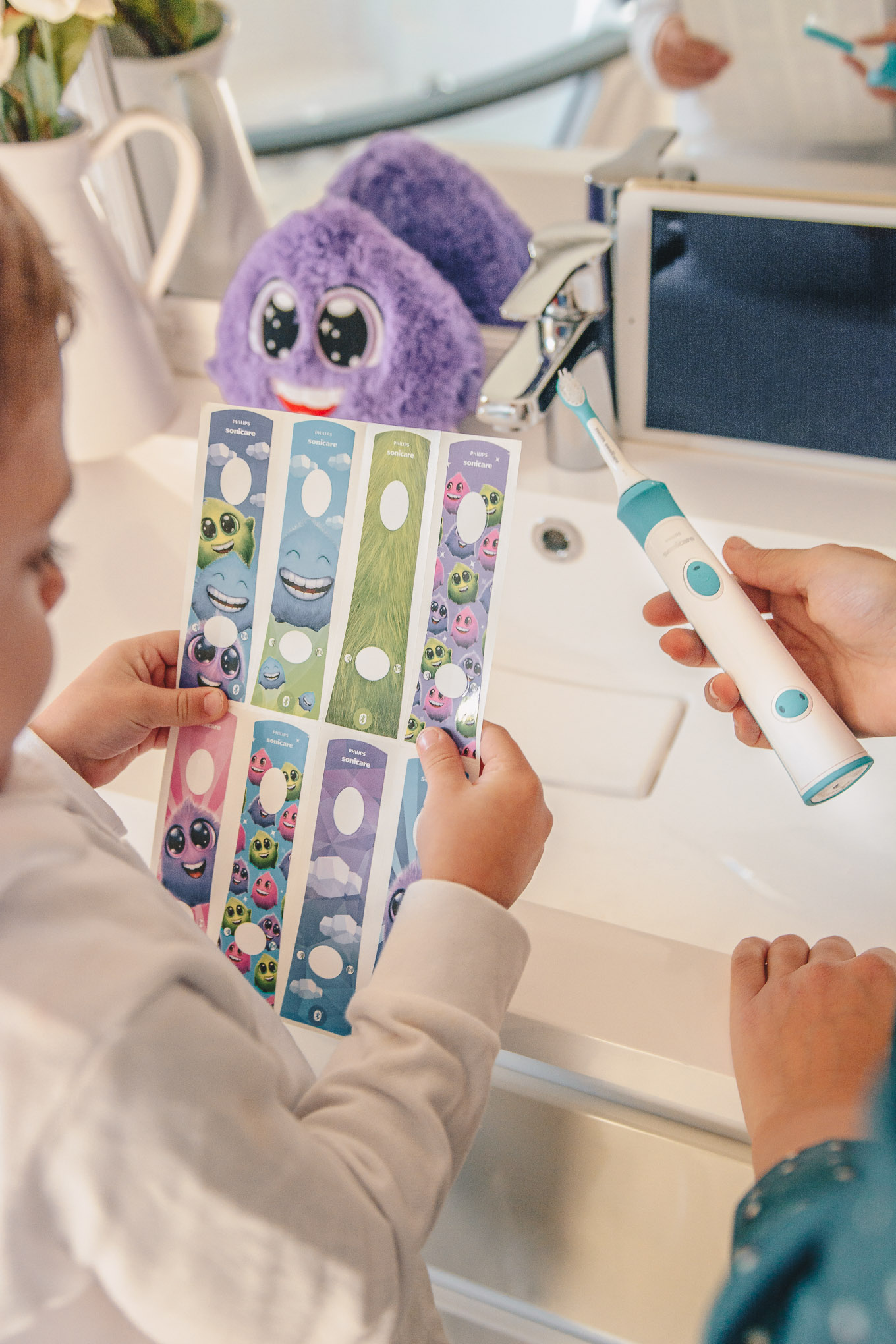 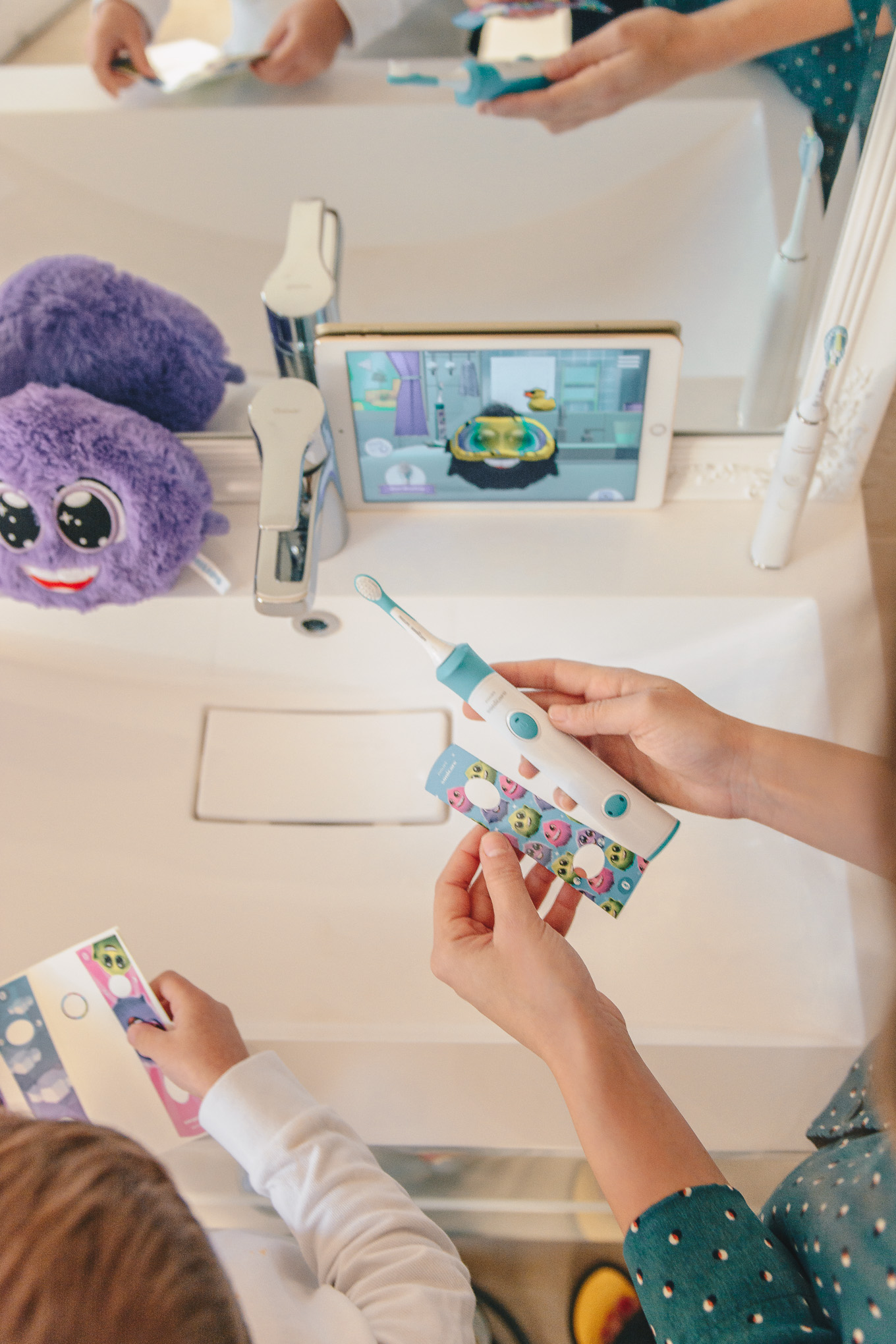 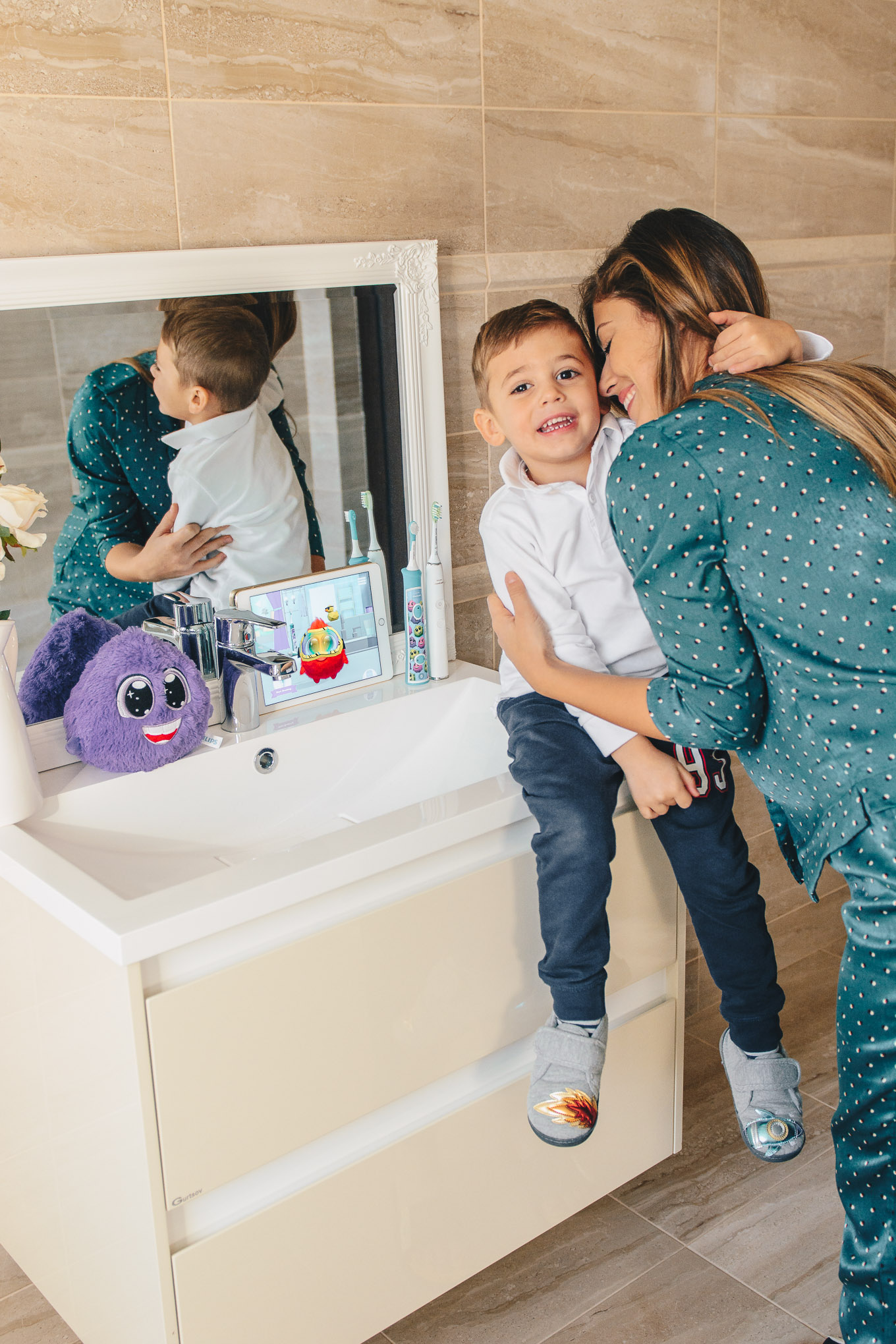 But what do I have to say after a year of using Philips Sonicare DiamondClean Smart? 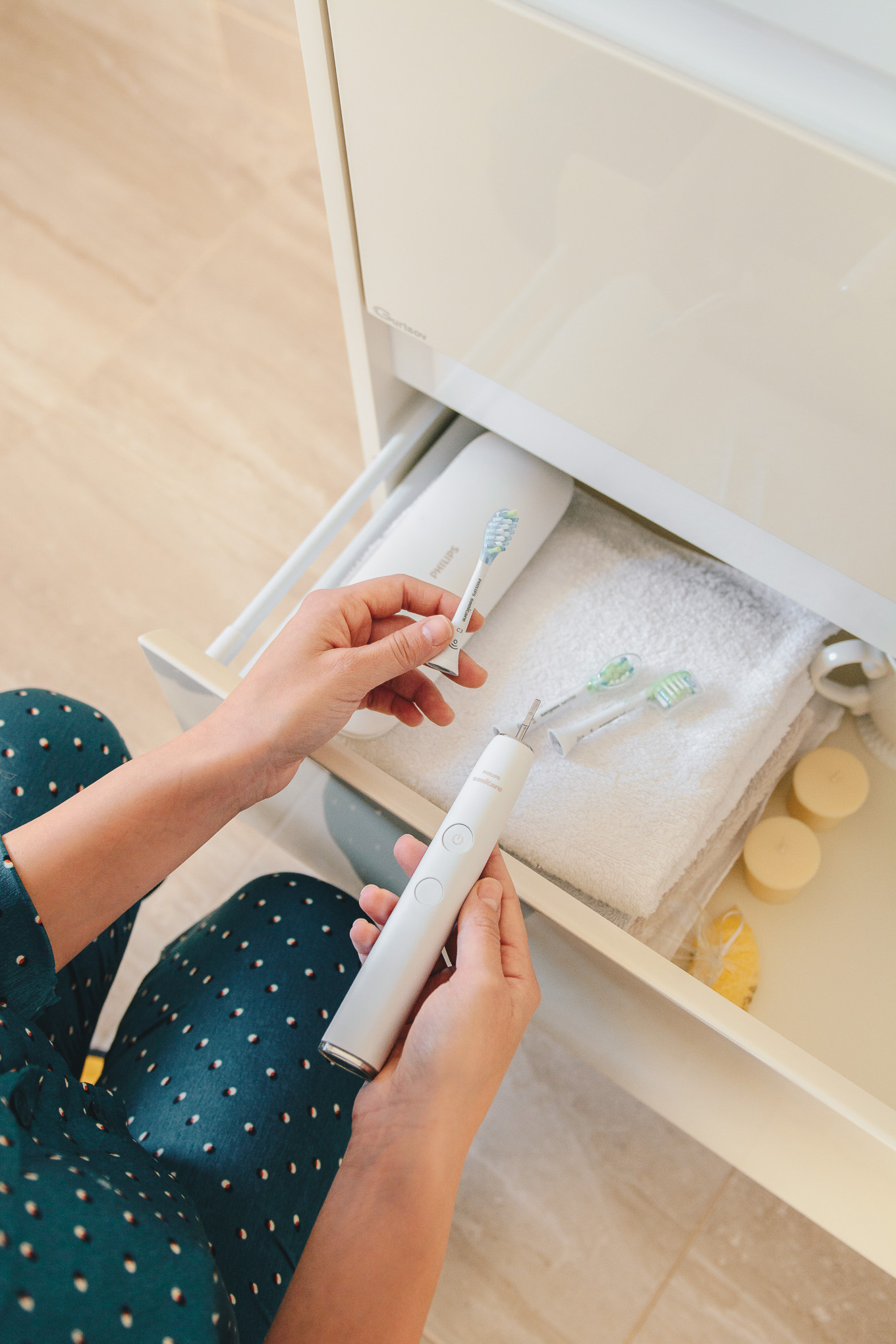 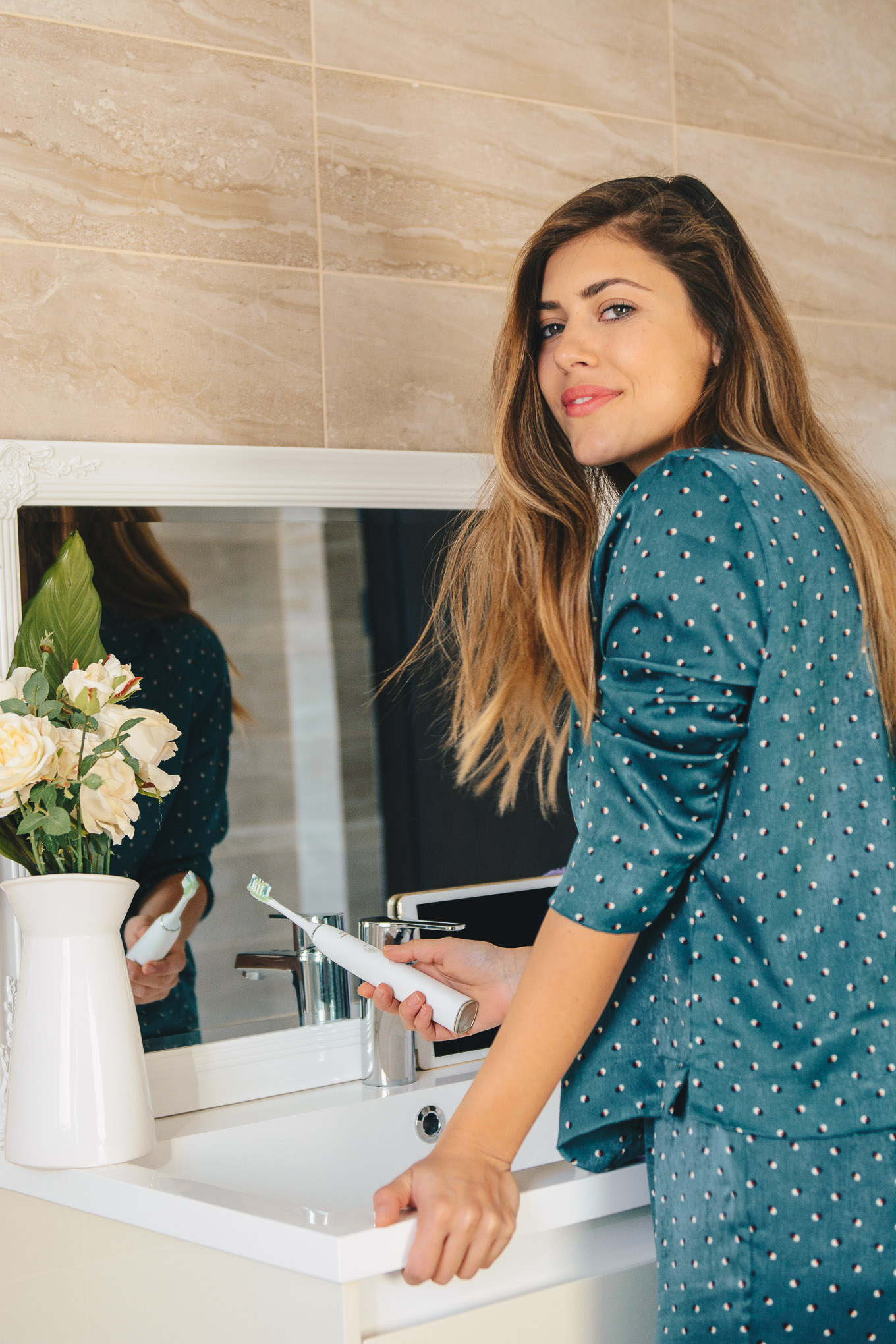 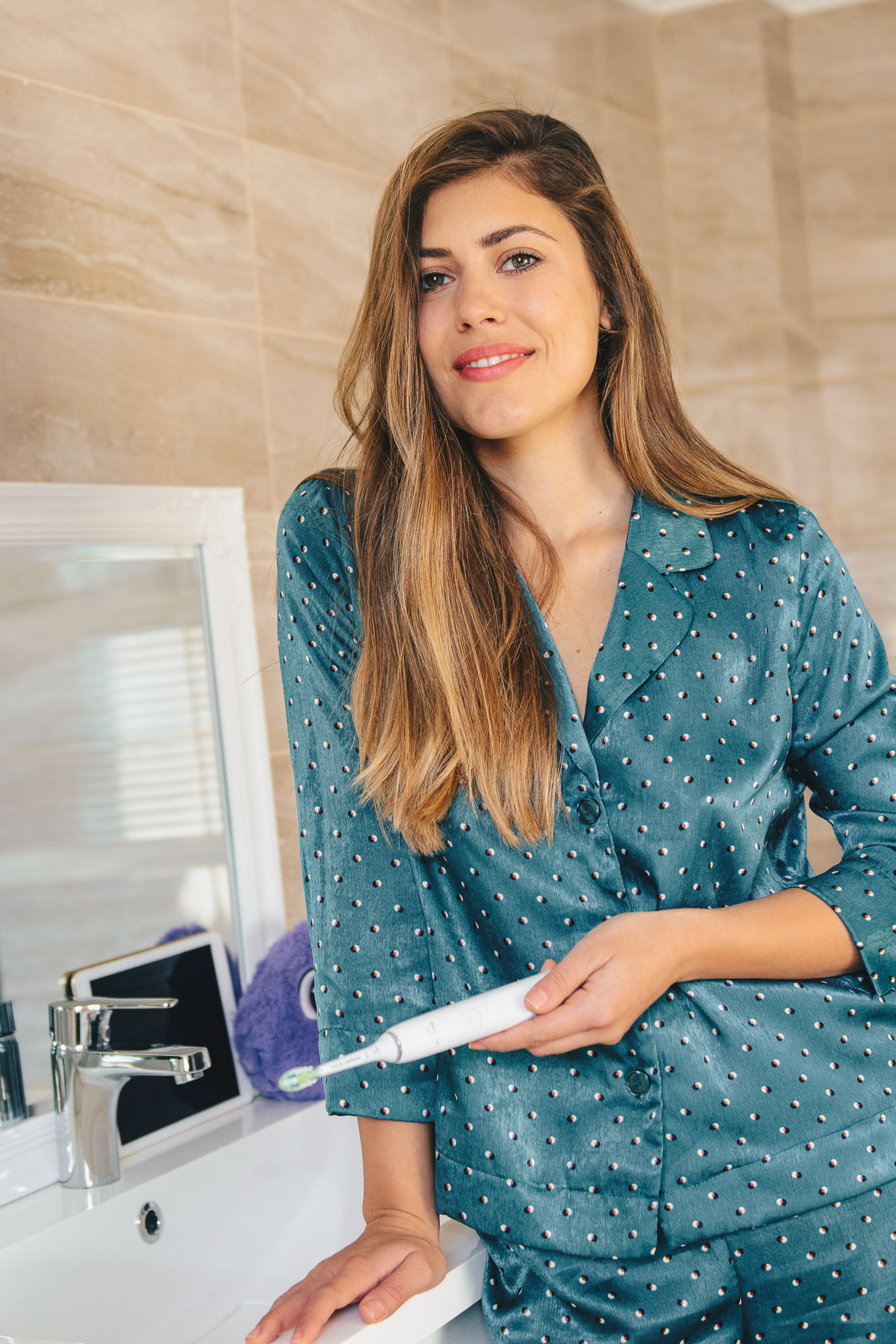 Final words: I’m happy that I started using Philips Sonicare DiamondClean Smart, and that my child is using his own Sonicare brush now. These are great gadgets and I really don’t regret tossing the regular brush.

Is anyone using Philips’ sonic toothbrushes? Are you happy you made the switch?

*In collaboration with Philips. All opinions are strictly mine and completely honest, as always. :)

THE BENEFITS OF EARLY FLIGHTS 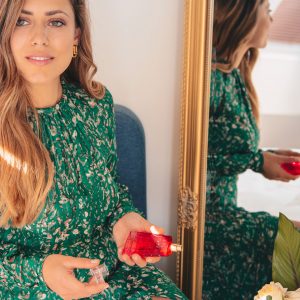 TWO FRAGRANCES FOR THOSE WHO BELIEVE IN THE POWER OF POSITIVITY 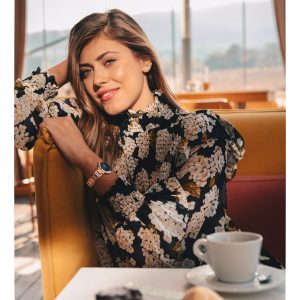 COFFEE TALK: YOUR QUESTIONS – MY ANSWERS

Where did you get that Sonicare Sparkly plush? We are looking everywhere and can’t find it.